Better Earth Solar serves California, Arizona, and Florida with residential solar products and installation services. The team uses Insightly’s AppConnect to streamline and simplify integrations in custom objects and fields for better insights, faster processes, and seamless collaboration across their teams.  Joanna Falcone, Better Earth’s VP of System and Process Development, has over six years of experience in the solar industry.  For over five of  those years, she’s worked with Insightly to facilitate the solar installation process. In her words, using Insightly to create and manage the project management pipelines that she’s built over the years has been imperative to her and her company’s success.

Falcone participated in the AppConnect launch webinar with Insightly on April 28, 2021 and spoke to the benefits of using AppConnect to streamline her team’s processes and workflows.

The complexities of running a solar business

Better Earth is a vertically integrated residential solar energy installation company, managing everything from the sale to installation to service and maintenance of the solar systems they install for customers.  According to Falcone, solar is not just a cutting edge technology at the leading edge of America’s new energy economy; at its core, Better Earth is ultimately a construction and customer service company.

Falcone told us, “Our business is very complex in that there are so many different elements that go into installing a solar system. Beyond materials or physical installation, there is a lot for our teams to operationalize.  For example, after point of sale, we conduct a site assessment, project how much power the solar system will produce, then run that through design and engineering to prepare for all of our required approvals. We submit plans to local municipalities, utility companies, and financing partners. Then, we source our materials and make sure everything is ready for installation on site. That may include getting the customer a new roof, or upgrading their electrical service before installation. After installation, we have to receive final approval from the local municipalities and utility companies to finally be able to turn the system on so our customers can begin reaping the benefits.  And beyond that there is 25 years of potential service needed for the system.”

Falcone summed it up: “The reason I’m sharing all of this with you is not to give you a crash course in solar, but to paint a picture of how many moving pieces and handoffs there are in order to install one system.

Bring that to scale with the volume across four field offices, in three states and remote teams all over the world–we needed a system that would allow us to track a multitude of data points that would take us from a startup just over a year ago to now laying and building the systemic foundation that will lift us to the next level.”

“AppConnect has enhanced our internal user experience, created intuitive, scalable processes, and helped us move faster than ever before, supporting 360% growth in installations in just a few months.”

The highest priority for Joanna and her team is reducing the time it takes to get a quality system installed and turned on. Ultimately, what that means to her and her team, is building a user friendly process for all departments, minimizing timelines between handoffs of said departments, maintaining data integrity, and developing a method of data acquisition for Better Earth’s field teams.

Falcone set the stage: “Insightly had facilitated pipeline development even prior to working with AppConnect, but as our business grew, we had to make some decisions regarding whether to add development resources to handle some of the more advanced workflows that would empower us to use our data at a level that would have even more impact, strategically, on our organization.

But the downside of that was the possibility that we’d have to spend significantly more to hire experienced personnel to build a web of connections and code that only certain people from the company would be able to troubleshoot.

Prior to AppConnect, I was manually running bulk imports of a number of data points from Custom Objects over to the Project  to move jobs into the next phase.  AppConnect provided a simple solution that I could build and manage personally, without having to engage developers. Now the only time we lose at this step in the process  is the time between the field technician completing their task and submitting the webform.”

Better Earth’s Director of Software Development, Kyle Hagler, underscored the benefits of using AppConnect to streamline the flow of information across teams safely and securely: “We were able to replicate an integration between Insightly and Smartsheet that previously relied on several hundred lines of custom code, in just a couple of hours. The visual user interface proved very intuitive and robust, making previously complex tasks much easier and more reliable. AppConnect is only accessible over HTTPS, so all traffic and data transfer is securely encrypted with SSL. Finally, the product is hosted on Amazon Web Services, which has notably high security standards.”

“By allowing our team members to complete their tasks, log data in a custom object and then push relevant data points back to the project, we are able to create a better user experience. One prime example of this was with our Installation Review process.  We had our operations managers reviewing form submissions from our install crews to determine what work, if any, still remained. Originally, they had to review the form submission in our Install Custom Object, and then click into the Project to mark data points such as Install Complete, for instance. AppConnect allowed us to manipulate the flow of data, which meant they could do their review all within the Install Custom Object and then AppConnect pushes the Install Complete date out to the Project, as that is the integral data point used to trigger a number of other actions.

Where this originated was we were getting feedback from the team that it was annoying to click into multiple records to log data, when the review itself was one task. We were able to remedy that frustration within a couple of hours of building and testing and create a tool that worked better for them without having to rely on our developers to come in with custom code.”

“We were able to shave 50% off of data acquisition timelines for our Inspections milestone. We captured data from our field teams by integrating a web form with a custom object. In this example, we utilized an Inspections custom object to track the results of our municipal inspections needed to get approval to turn on the solar systems we install. Previously, we were relying on our managers to review the results of the inspection and then mark accordingly in the corresponding Project– pass or fail–with what still needs to be done in order to pass. AppConnect allowed us to take the pass/fail data from the webform and subsequently the custom object and push it to the project directly, which allowed us to move onto the next step the instant the form was submitted.

“As a process developer, one of the biggest challenges I face is creating a process that is not only intuitive, but scaleable. I utilize a lot of workflow automations in Insightly to create statuses that showcase the current state a Project is in. It is important for the data to be entered in a way that reflects the appropriate status so that there’s visibility to anyone in operations.

AppConnect allows me to force that data to align in a way that will display the correct status so that it showcases exactly what the next step is on a project at any given time.

For example, there may be times during the inspection process when data may need to be cleared out or overwritten in order to reflect the current project status. Instead of relying on my inspections managers marking the exact right fields,  I can use AppConnect to do it. This is also important for scalability and growth because I do not have to train someone in a new office which fields to mark in this scenario.

AppConnect delivered a a scalable, robust solution that empowered Better Earth Solar to track, manage, and communicate processes and data points through the installation process, driving growth from 50 jobs a month to 230. 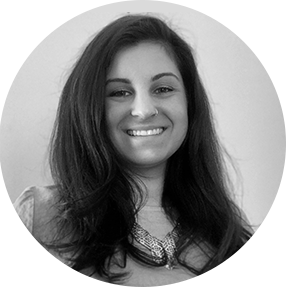